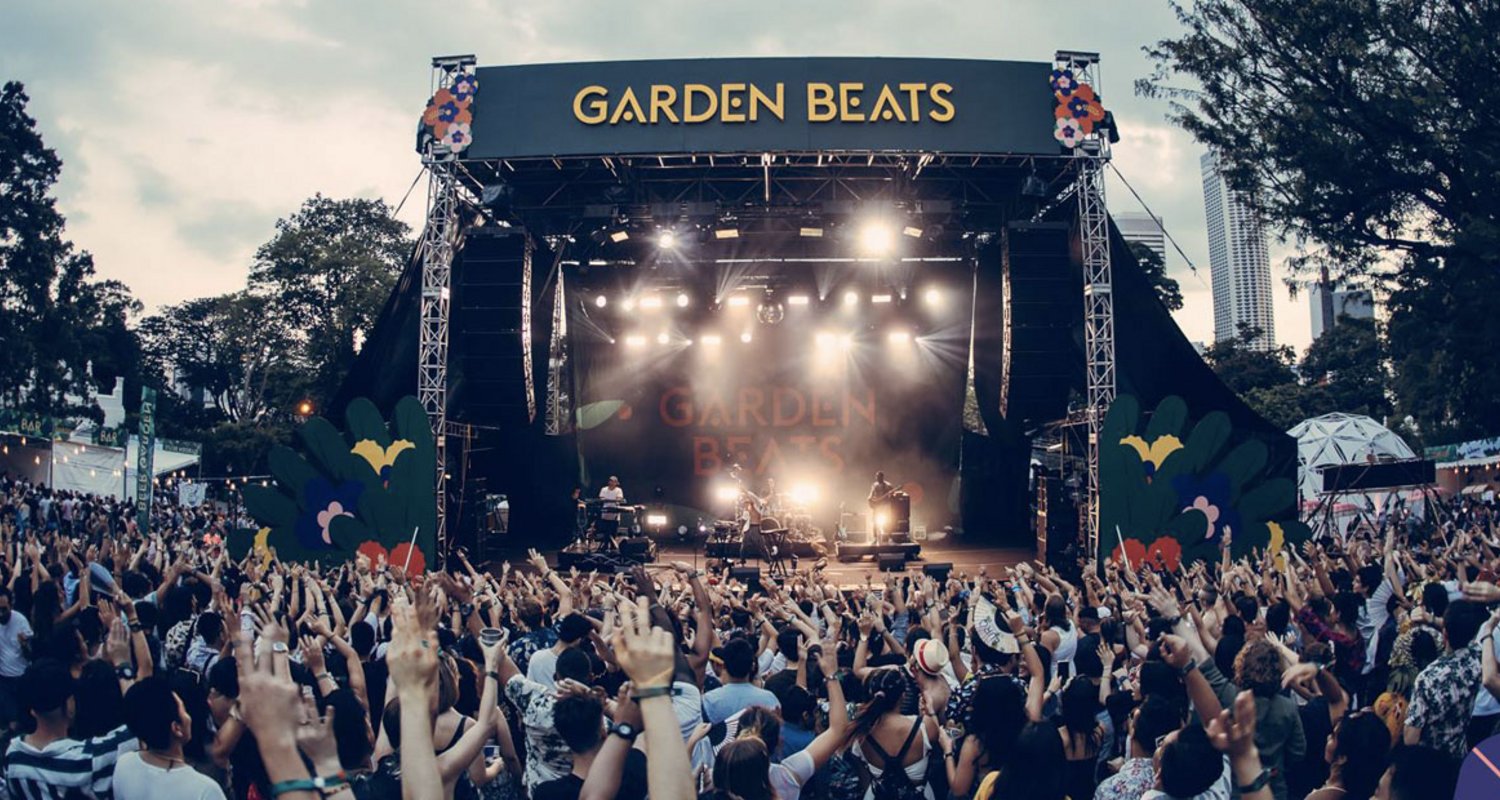 Back to all news

Taking place at Fort Canning Park on 29 February 2020, Garden Beats Festival is an experimental festival built for a community that thrives on a passion for music and the arts. It is also certified as Singapore’s first carbon-neutral music festival since 2018.

One of their initiatives includes working with OneTreePlanted, to help restore and reforest our green planet, with an option to plant a brand new tree for only US$1.

With acts like the Kooks and Masego that came in 2019, the immersive and eco-friendly festival is returning next year with even more acts!

Just announced in their Phase 1 line-up are Foals, Sabrina Claudio and Gioli & Assia.

From playing chaotic house parties in Oxford to headlining major festivals across Europe, FOALS’ trajectory has been remarkable. The band consisting of members Yannis Philippakis (vocals/guitar), Jimmy Smith (guitar), Jack Bevan (drums) and Edwin Congreave (keys) – can be described as the epitome of indie rock.

Smashing through the scene in 2013 with lead single ‘Inhaler’, FOALS continued making waves with the electronic hit ‘My Number’. Switching up their sound, they went on to rock steady with ‘What Went Down’, ‘Mountain At My Gates’ and most recently ‘The Runner’.

FOALS’ new album ‘Everything Not Saved Will Be Lost – Part 1’ is the most ambitious statement of their career and displays a strong enthusiasm to break boundaries. Entering the UK charts at #2, many critics have tipped it as a contender for album of the year after it’s release in March 2019. The two-part album shares the same title, with the latest ‘Everything Not Saved Will Be Lost – Part 2’ propelling the band to #1 on the UK Album Chart after it’s recent October 18 debut.

Soulful, serenading and sultry, Sabrina Claudio embraces her womanhood and artistry to the fullest extent on her 2019 full-length, Truth Is. The album marks the culmination of a three-year journey from D.I.Y. bedroom singer and songwriter to the prolific international headliner.

Leaping from a shy and introverted solo creator to an outspoken collaborative force in the studio, the Miami-born Los Angeles-based half-Cuban half-Puerto Rican R&B songstress first captivated audiences with her seductive vocals in ‘Belong to You’ alongside 6LACK. Following their tour together, she then went on to collaborate with everyone from Khalid and BURNS to A$AP Rocky, Wale and more recently, Zayn.

“Due to the high from performing every night, I was just incredibly inspired to start writing again. I’d like to think every song was a captured moment in time. The sentiment behind each song holds a similar meaning.”

Giolì & Assia are the young Italian duo of producers, multi-instrumentalists, singers, songwriters, record label owners, and DJs creating music that blends the styles of techno, house, indie, and pop that is uniquely their own.

Giolì plays the piano, cello, drums, guitar, and handpan, and Assia handles lead vocal duties as well as the guitar. Although their relationship started as manager and artist, the creative partnership developed into a production and songwriting duo in 2016, which then took off towards developing their own record label, Diesis Records.

In May of 2018, the duo released the single “Something Special” with Spinnin’ Records, garnering their first residency in Ibiza at Privilege. Creatively, 2019 was influential with their release of singles, “Feel Good,” “Blame On Me,” and “Inside Your Head.”

In April of 2019, Giolì & Assia launched #DiesisLive, a live stream on Youtube and Facebook of their explosive live show, blending electronic music with live instrumentation and singing, in Milazzo, Sicily. Since then, the video has racked up over six million views.

Tickets to the festival are available via Ticketmelon